Salvator Mundi is one of the most talked-about works of the famous painter and genius Leonardo Da Vinci in recent years. Ironically, there is still debate as to whether Salvator Mundi belongs to Da Vinci. So why is this piece, often known as the male Mona Lisa, so famous? Here is the confusing mysterious painting by Leonardo Da Vinci!

The Mysterious Past of Salvator Mundi

People think that Salvator Mundi was an order first placed by the French Royal Family in the 1500s. However, since the painting has changed hands a lot in the past centuries, it is challenging to trace it.

The best estimates are that the French Queen Henrieta, who married King Charles I of England, brought the artifact to England. That also explains to Salvator Mundi that it was found in British collector Francis Cook records much later in the early 1900s. In 1958, Cook’s grandchildren were selling Salvator Mundi for 45 pounds at an auction. Then the picture disappeared until 2005 when it will reappear. Although art dealer Robert Simon discovered the painting in 2005, it took a long time to see if this was a real Leonardo work or not. People have understood that there was too much intervention in the picture during the 500 years it spent time in uncertainty without suitable protection.

Ultimately, the work was handed over to Sotheby’s and finally to Christie at the end of several complex litigation processes.

Why Is It So Famous?

After many details about Salvator Mundi, it’s time to explain why it is one of the most famous works of our day. First of all, Salvator Mundi is the last of the very few (about 20) works documented to belong to Leonardo Da Vinci, one of the greatest geniuses of all time. And after being missing for years, it has come to light very recently. That alone is enough to make it the favorite of the art world. However, in this painting, the most crucial detail is that it is the most expensive artwork in the world.

Somebody bought Salvator Mundi in Christie’s Auction House in 2017 for 450 million dollars. That made it the most expensive piece of art ever sold at auction. However, the official resources rejected that information, the new owner of the artwork was Crown Prince of Saudi Arabia, Mohammed Bin Salman. Right after these rumors, Salvator Mundi announced that the painting would be in the Louvre Abu Dhabi Museum, strengthening the allegation. Still, there is no different explanation from the parties.

This magazine aspect of the work made it one of the most famous and searched works of art in recent years. However, there are still many details about the painting that needs to be clarified.

Although Salvator Mundi is a work of art that has become material for today’s magazine, it depicts Christ with Renaissance seriousness.

The picture shows Jesus with his right hand raised and blessing humanity. He has a glass globe in his other hand.

Da Vinci softened The Prophet Jesus’s facial features in Salvator Mundi with sfumato, his unique technique. He also paid particular attention to his hair and curls. All these are the details that made Salvator Mundi as male Mona Lisa.

Although it is technically and visually impressive, expert reviews have shown that the painting’s top has been painted many times over the years. It took a long time to put together the parts of Salvator Mundi and restore it.

Although some art historians still doubt that Salvator Mundi belongs to Leonardo Da Vinci, it would not be a lie to say that he has already taken his place in popular culture. 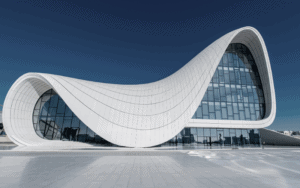